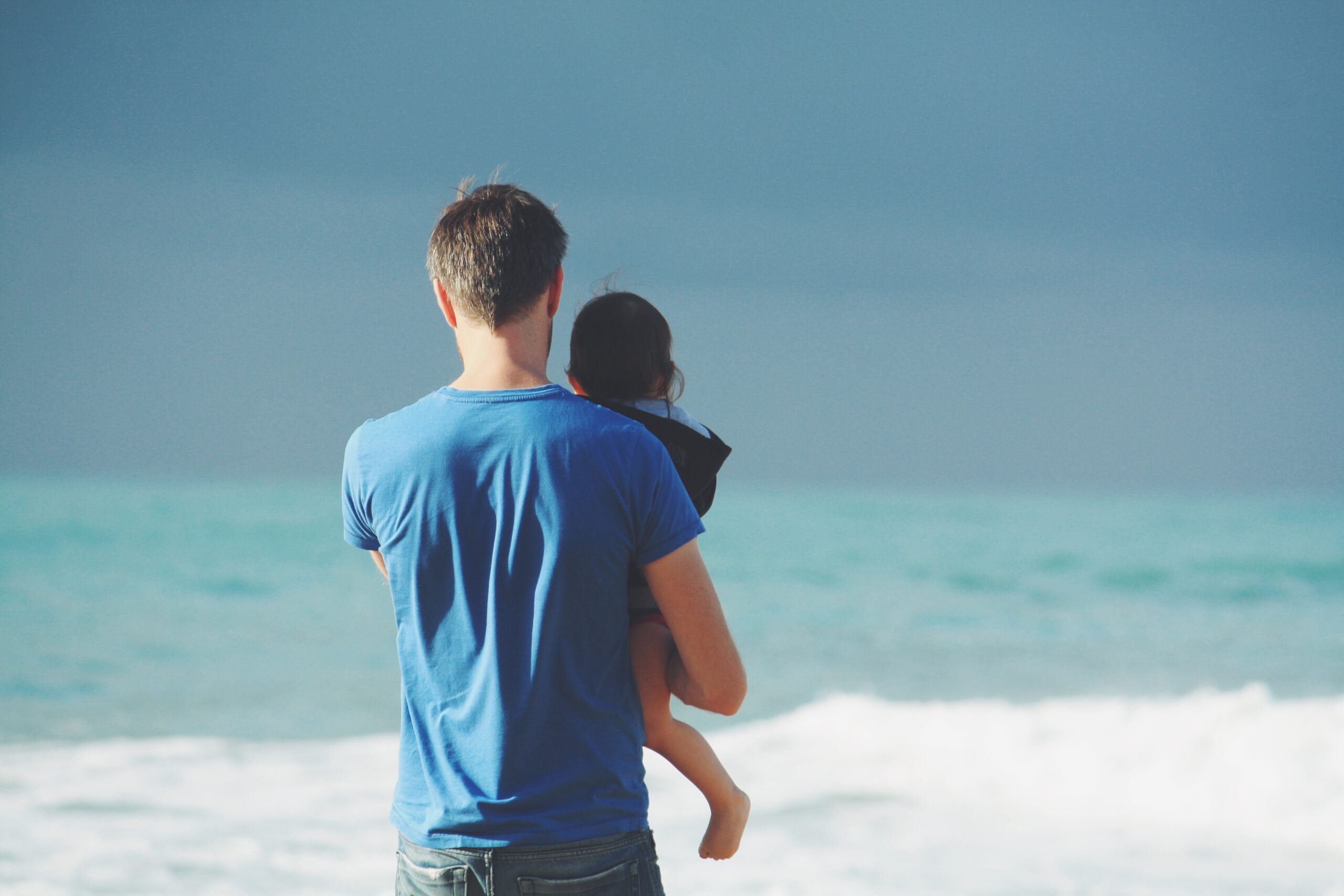 As we celebrated #MentoringMoments this past month of June, we had fathers share what they have learned and experienced with present and future dads. Father and daughter Arnold and Esther Suson share their insights on the irreplaceable role of fatherhood in the lives of children and in adoption.

Arnold is a licensed guidance counselor with an MA in Pastoral Counseling, and currently a Ph.D. candidate completing his dissertation for Christian Clinical Counseling. Esther, inspired by her dad’s work, has just begun her Ph.D. in the same program.

The interview is done over Zoom, as Arnold has been stuck in another country for the last few months because of the pandemic. As a result, father and daughter forget they are on an official call and catch up. Later they remember and hit “Record.”

Question 1: Can babies feel their dad’s presence even in the womb?

ROHEI Foundation’s Tulong Kay Nanay (help for mothers) program helps pregnant women who find themselves unable to support or provide for the basic needs of themselves and the babies they carry.

Very often, we talk to only the mothers, in the absence of their partners. They turn to us because they feel like they have no one else to rely on in their condition.

Read: The Impact of Shame and Abandonment

For children’s brains to develop properly, they need a safe environment. The baby should not feel like they have to fight, one way or another, for their own survival. If they do feel that kind of stress, their brains will lock the brain development into survival mode.

Even in the womb, a baby is dependent on their mother to meet all their needs. But they also are dependent on the sense of safety and acceptance that their father provides for them.

Question 2: How can an adoptive father support his adoptive child?

After Arnold answered the first question, both father and daughter were quiet for a while. They both sipped from mugs of coffee. Esther is the only one of her father’s daughters who fully got into coffee because of his influence.

Since that is the case, how then can an adoptive father support their child? They were not there for the pregnancy and birth. Many times, a child is one year old or older when they are placed with their adoptive family.

Even for the “best” parents, they can only ensure around 30% of their children’s lives are made up of good experiences. For the other 70%, they cannot ensure they are physically there, or that the children will have good experiences.

What are “good experiences”? On the most basic level, it means supporting the child and being present in their life. It means meeting their physical, emotional, and relational needs, and comforting them when they are anxious or hurt.

On a deeper level, children gain good experiences when their fathers hold conversations with them. They feel heard, listened to, and understood. They feel like their thoughts and emotions matter.

Question 3: How can fathers help their children respond to negative views of adoption?

Some adoptive fathers worry about how their children will be treated by others. There are also negative representations of adoption in the media that might hurt their children. Would overwhelming them with good experiences help as well?

Definitely, Arnold said. In fact, it is this wealth of good experiences that strengthens the child to face changes and challenges in their lives. Because of the experience of the child with their adoptive parents, they can spot lies, resist bullying, and process negative representation in the media.

“When the children encounter a negative view of their adoption, they can draw on your good experiences together, and say, ‘That’s not true. My parents love me, and I am fully and completely their child.'”

Question 4: Do fathers have an irreplaceable role in their children’s lives?

What can fathers do for their children that no one else can? Fathers represent the outside world to their children. Because of the relationship of a baby with its mother, from pregnancy to birth, the baby will see their mother as a symbol of home. This is true even if the mother is working, or if the mother is adoptive.

But the father has always represented the outside, or the outdoors. And the number one question a child has for their father is, “Is it safe out there? Is it a good place out there?”

When their father comes home and says hello to the child with a smile, and spends time and energy responding to them, the child becomes confident to face the outside world. They even feel excitement at the idea of experiencing something new.

For adoptive children, their early lives tend to be characterized by uncertainty and insecurity. They do not know much about the outside world, and all they know is that both father and mother have left them (for abandoned or surrendered children).

Adoptive fathers have the unique role of restoring their children’s faith in the world and building their confidence to face the future.

It’s getting late in the Philippines, and the day in the US is just starting, so father and daughter know they will have to cut the call soon. “Wait, I have one last question,” Esther said. “But it’s personal. What experience of being our dad would you never give up to anyone else?”

Arnold thought back, and his eyes grew red as memories of our childhood flooded him. Finally, he said, “When you girls were a little bit older, I was able to get you all bikes. Do you remember that?

“For me, that was a symbol that I could provide for you, and that made me happy. But as you passed me on your bikes, you called to me, ‘Come on, Dad!’ And I realized that even if you had bikes, you still wanted and needed me, your dad, with you. And that’s an experience I would never give up.”

Cee and the story of her life with the De Luzuriagas began when she was 19. While she met Robby De Luzuriaga as a career mentor, Cee soon got connected to Monica, his wife, and became part of their church’s fellowship group. Time allowed them to draw closer to one another. They’d even spend […]

It's a new month and we've just opened our August

In adoption and foster care, the journey is best w

Maricel and her husband, Werner, have been license

"We decided that God had already started this for

“The days counting down to our son's homecoming

Often, when we go through a challenging time, the

Pastor BJ and Bebet Sebastian are parents to Jobie

Can you believe we’re halfway through the year?!