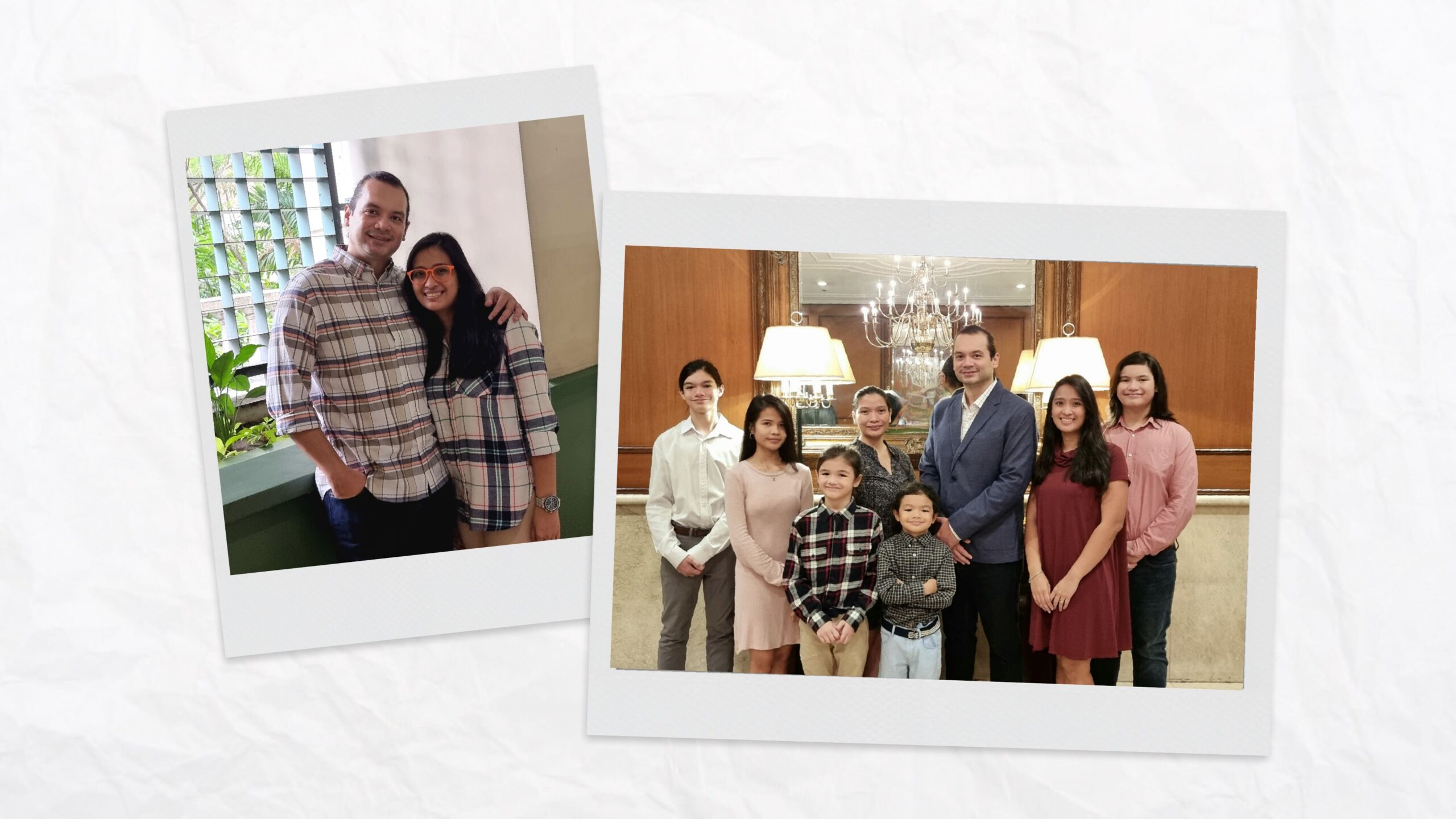 Cee and the story of her life with the De Luzuriagas began when she was 19. While she met Robby De Luzuriaga as a career mentor, Cee soon got connected to Monica, his wife, and became part of their church’s fellowship group. Time allowed them to draw closer to one another. They’d even spend Sundays together under the roof of the De Luzuriaga home.

It gave Cee the space to truly feel welcomed by their family—even becoming good friends with Monica and Robby’s sons.

Robby then said, “Cee told Monica her secret one Sunday.”

News began to spread that Cee was an orphan, and it was a rather complex situation. Despite the short amount of time to react, Robby and Monica told Cee, “We’re going to see this through.” They affirmed that everything would be alright and that they would definitely take her into their family.

Things happened incidentally, but [they were] not accidental because of [the] heart for adoption. – Chrina Henson

Five years before meeting Cee, Robby shared about a time when he was working in the corporate world, and he received an email from one of his staff. They were going to an orphanage to foster an orphan. The orphanage director asked if they were okay with being matched with a child who was not adoptable. Robby said yes, and they were matched with a 12-year-old girl. Upon asking the director why she couldn’t get adopted, the unexpected answer he received was, “She’s 12.”

Robby then explained, “Once you turn 4 in an orphanage, it’s like a death sentence because the children are less likely to be adopted.”

Robby and Monica decided to adopt, and started the process. They said, “We wanted a newborn. And the Lord started working in our hearts, saying, ‘What if you don’t get a newborn? Will you still follow Me?’ And we slowly adjusted and we were like, ‘Okay Lord, 2 years old,’ ‘4 years old,’ that’s it.”

“By the time we were done, we were already saying, ‘Okay Lord, we’d say yes to a 14-year old.’ And then we decided that whoever the Lord brings into our lives, we’d say yes to that person.”

Despite taking immediate action to begin the adoption journey, things never turned out the way they wanted, Robby reveals. Robby and Monica had tried building relationships with two boys and two girls ranging from 2 to 14 years of age, but the children got moved around; the couple didn’t know where they went.

“And then a couple of years later, Cee happened! The impossible happened really, and we didn’t see it coming,” he exclaimed.

Turning into an adult as an orphan doesn’t make it any better, it just changes the situation. – Robby De Luzuriaga

Cee and Robby then began talking about the challenges their family faced in their journey of adult adoption in the Philippines.

Many didn’t understand why Robby’s family would bring in an adult from outside of their family. Some said that the De Luzuriaga family was already a good Christian family, but that bringing someone from the outside would only stir trouble in their lives. The couple was even accused of having ulterior motives in adopting an adult daughter.

But despite all of this, their family stood firm, absolutely sure that the call for adoption was from God.

“It is the right thing to do,” Robby resolved. “Jesus came to save people of all shapes, sizes, and ages. Things get worse as people get older . . . Cee would have been in a worse place if nobody came to help.”

“It is Christ-like to adopt and to help people who are in trouble.” He quoted James 1:27 and dives deeper into what it means: that true religion cares for the orphaned and the widowed. To care, in its original Greek context, means to look deeply into their deepest concerns and address them.

They saw what was wonderful about Cee, but they also saw what she needed. They knew that she had been deprived of knowing what it was like to be raised in a home with loving parents, and Cee acknowledged that as well. “The Lord changed our perspective because God gave us an adult, but He also gave us a little girl. We looked at what should have been addressed since day one and moved from there.”

Though the going got tough, the De Luzuriagas did as promised and stuck through to the end of Cee’s adoption. Cee then tells us that her found-family became a safe place in a world that was loud with opinions about her adoption. Her brothers have never even been indifferent to her. “It’s always felt like we were a part of each other’s lives,” Robby summed up.

Adoption of older children paralyzes people from adopting them, but hearing stories like yours dispels the apprehension and shows that it is possible. It doesn’t happen enough in our society, but it can be done. – Chrina Henson

“Things have changed so much,” Robby said, “But in hindsight, the struggle was worth it.”

“We lost everything. We lost our livelihood, we lost many of our friends, we lost so much to stand up for adoption. But it was our calling to adopt Cee.”

“When we lost everything, [God] sent the whole world to send help to us. We gained a world of friends.” Robby talked about how his involvement with Philippines Without Orphans and World Without Orphans gave him relationships with people who supported him and his family’s decision to adopt Cee.

“In a nutshell, we have more of everything now. God multiplied everything a hundred times over.”

Through the trial, their lives have become a testimony of how people’s lives and perspectives on adoption can change. The De Luzuriaga family demystifies what it’s like to carry out on a route not many are willing to take. They show the world that it is possible by painting a picture of what true, unconditional love looks like in adoption—to look past one’s age or appearance, even one’s lineage and place in the world, and still choose to be kind and gentle and patient; to accept with open arms.

Robby says, “We can continue talking about adoption and orphans, but at the end of the day, there will still be orphans in the world,” and it definitely rings true. But our hope in ROHEI Foundation is that by sharing these stories of breakthrough, the stigma of adoption will be reformed into a culture of love instead. We hope it will cause people to see that adoption isn’t a last resort, but a choice that can be made out of compassion.

Why Family Matters for Brain Development

The most fundamental experiences that define what love and care mean to us happened in our childhood — cultivated by the memories we have with our families. But what if a child never had the privilege of good experiences shaped in a family setting? Research shows that children who experience familial neglect manifest a tremendous […]

As we celebrated #MentoringMoments this past month of June, we had fathers share what they have learned and experienced with present and future dads. Father and daughter Arnold and Esther Suson share their insights on the irreplaceable role of fatherhood in the lives of children and in adoption. Arnold is a licensed guidance counselor with […]

Our adoption and foster care forum is finally here

Did you know that for children in institutions, th

"Yours is the welcome in, make it safe, wait it ou

Starting the week with some encouragement from one

Fostering and adopting is no easy task for any mom

Adoption is a big and important life decision for

#ThrowbackThursday to Family is the Answer in 2019

B* already had young children when she found out s