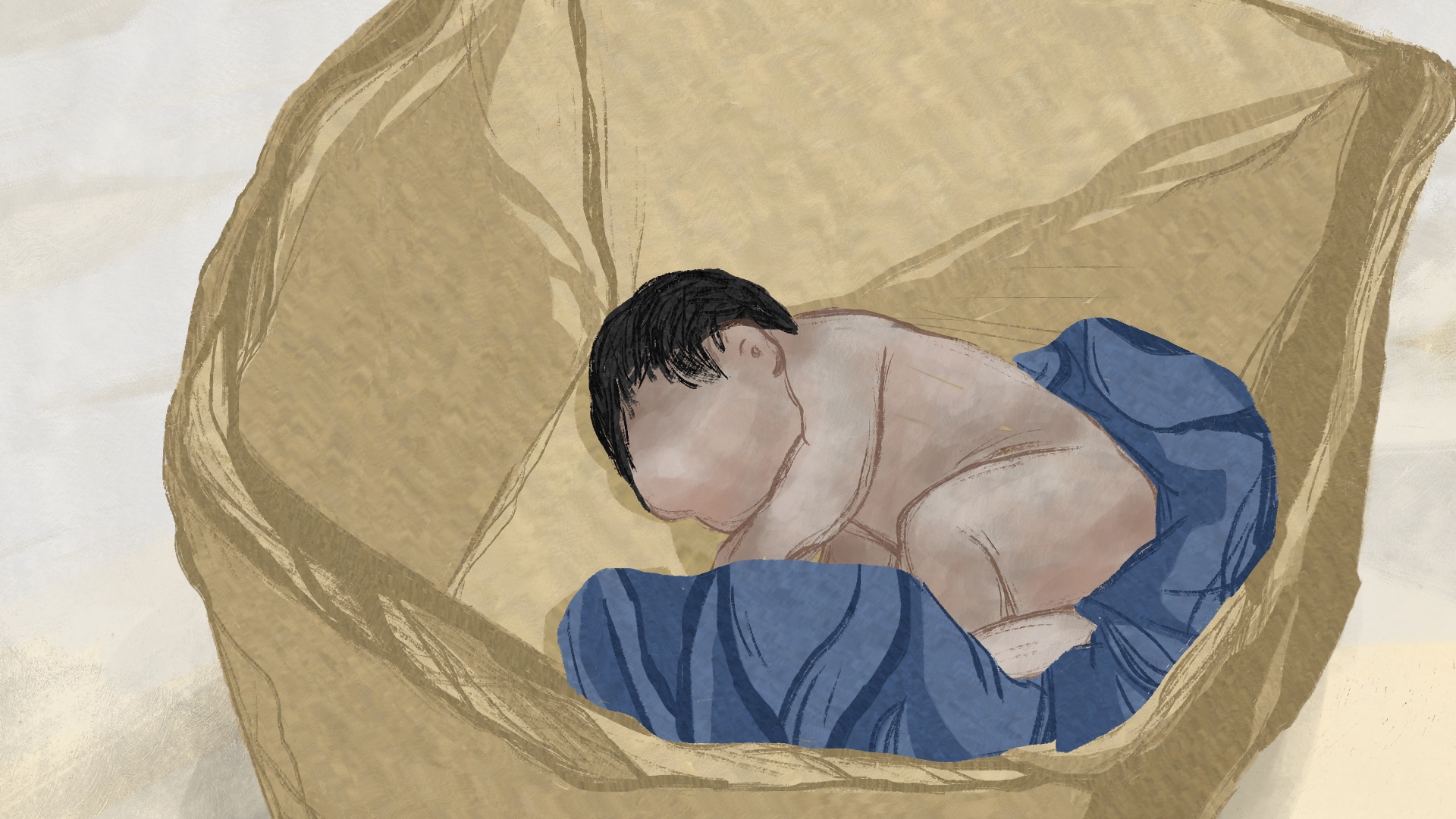 Why would a mother, or any adult, anonymously give up a baby? Why would they choose to abandon the baby in secret, where no one could see them? Why would they make sure nobody knows who they are, or what they did?

On March 29, 2021, a baby was found abandoned in a box near a trash pile in Quezon City. Within 24 hours of being found, the baby died.

The social outrage was harsh, and it makes sense. Who would leave a baby wrapped only in a bag? Who could be so heartless as to do such a thing? Comments and discussions were not kind. They often attacked the mother or parents who left the baby to die.

If a pregnant woman in crisis* saw the story, and read the comments, would that make her more likely to keep her baby, or surrender the baby through legal channels? Maybe not. She might even take more steps to hide her identity. The shame and stigma could become worse.

*Watch: Who are the Pregnant Women In Crisis?

It is a “social value” that makes us sensitive to what society finds acceptable. When we don’t behave in a way that is socially acceptable, we either feel shame or we are actively shamed for that behavior.

Often, shame, or hiya in Filipino culture, is seen as positive. Walang hiya or “you have no shame” is a deeply negative statement when used seriously. It is meant to describe someone who is acting shamefully, doing something to be embarrassed about.

What is more embarrassing than leaving a child in a box near a trash pile in the dead of night?

In our culture, sometimes having the child at all is more embarrassing than abandonment.

Why? Because when we feel shamed, we don’t just feel guilty for what we do. We feel like who we are as a person is under attack.

What happens when a pregnant woman in crisis feels shamed?

A pregnant woman in crisis might be afraid of telling her family that she is pregnant, because of what they might say to her. Even if her family knows, she might feel trapped by the way they talk to her or talk about her. “Ginusto mo ‘yan” (you brought it upon yourself) is a terrible phrase that leaves no room for a person to move. It takes away their dignity and undermines their resilience and hope.

Imagine a pregnant woman with that experience. Imagine her thinking about giving birth. Once she has her baby, there is now clear and lasting “evidence” of her shame. Even if no one says anything to her face, she may think of what others are saying about her. For someone who just went through nine months of shaming, it can become too much to bear.

There are two ways to diffuse shame. The first is to accept yourself. The second is to know someone who accepts you for who you are, and does not shame you for your actions, but affirms your dignity as a person. Sounds hard to find? It is.

For a pregnant woman in crisis, it can seem completely hopeless.

Read: How to Help a Pregnant Woman in Crisis

Does shame have a social impact?

But there is a social impact. An article in Frontiers in Behavioral Neuroscience shows that shame is one of the more dangerous emotional responses to challenging situations. Shame degrades the self. It cuts at a person’s self-confidence, challenges what they celebrate about themselves, and cripples their long-term resilience.

One example of shame-based behavior is gaslighting. Gaslighting depends on shame as a central method of intimidation and control. A person being gaslighted becomes ashamed of what they say, uncertain of their own mind, and embarrassed to openly express themselves in any way. They no longer trust themselves. If they find the courage to fight their way out, many times the response is to leave the relationship altogether.

When mothers are shamed, babies are anonymously abandoned.

How can we be part of the solution?

We can think twice about what we post on social media. The original Facebook account that shared the story of the baby said in the caption:

“Sobrang nakakaawa ‘yung baby jusko buhay pa siya, ba’t ganito ginawa tinapon lang sa basura sana ‘yung magulang nito makonsensya sobrang walang puso.” (The baby is so pitiful and he’s even still alive. Why did they just throw the baby in the trash? I hope the parents of this baby realize how wrong it is. They have no heart.)

It is true that such a story calls forth social outrage. But such a response only reinforces the cycle of shame. A mother in crisis who sees those posts will not be moved to surrender her child responsibly and in person. Instead, she may feel even more ashamed of her situation.

Our Tulong Kay Nanay program supports pregnant women in crisis through both counseling and other forms of assistance. As we support these brave women, we have seen how shame has made it even more difficult for them as they go through an already challenging situation.

Thankfully, their shame in the situation was dispelled by hearing supportive words and feeling cared for by someone. Many mothers chose to keep their babies or go through the legal process of surrender and adoption rather than going through abortion, abandonment, or trafficking.

It can be as simple as a phone call of encouragement.

What else can we do? We can promote and share agencies and children’s homes that help mothers in need in a discreet and encouraging way. We have our Tulong Kay Nanay program, where you can refer pregnant women in crisis who need assistance. You can also share about organizations and agencies that counsel and give mental health support, like Grace to be Born, Kaisahang Buhay Foundation, and Norfil Foundation.

What if we personally know a pregnant woman in crisis? We can encourage them, help them discover mental health resources, and allow them to be open with us. If they need help finding agencies and organizations that can legally support them in their decisions about their baby, we can help them research as well.

When mothers are empowered, they are better able to make responsible choices for their babies.

Read: How To Help Your House Helper

How can we become resilient to shame?

When we feel shamed, we begin to believe negative statements about who we are. We feel belittled and lose confidence in ourselves. One way to resist shaming statements is to acknowledge your actions. For example, if we are called “slow,” we can acknowledge, “I did not submit the paper on time.” We reframe the attack on who we are (“slow”) into a comment about our actions (“did not submit on time”).

Another way to resist shaming statements is to reframe the whole statement according to what we know about ourselves. For example, if we are called “slow,” we can ask ourselves, “What happened? What did I do?” Later we might realize, “Oh, I’m not slow. But I may have taken a little too much time on the middle section.”

When we help ourselves become resilient to shame, we also become slower to shame others. The less shame there is in a culture, the more we can help one another find healthy solutions to our challenges.

If more pregnant women in crisis meet with hope rather than shame, the more children we can protect, and the more families we can strengthen. If you are a pregnant woman crisis, or you know about one, you can connect with us here.

The problem of shame is not likely to go away soon. But we can be a part of the solution.

Esther Suson graduated with a BA in Humanities and an MA in Political Economy. She is currently enrolled in the Asian Theological Seminary graduate counseling program.

Carissa Moran reflects on fake news and common adoption myths and her personal experience.   “They’re probably rebelling because they are adopted.” “You should go look for your biological family.” “Just find shortcuts for the legal papers.” “You’re just adopted!”   These phrases are considered commonplace when talking about adoption, whether in movies, teleseryes, or […]

When He Adopted Us

We all know how the story of Easter ends. On Day 1, Jesus Christ was crucified on the cross, and then was buried. On Day 2, Jesus was still in the tomb. On Day 3, Easter Sunday, Jesus rose from the dead and reunited with His disciples. Many of us look forward to Easter so […]