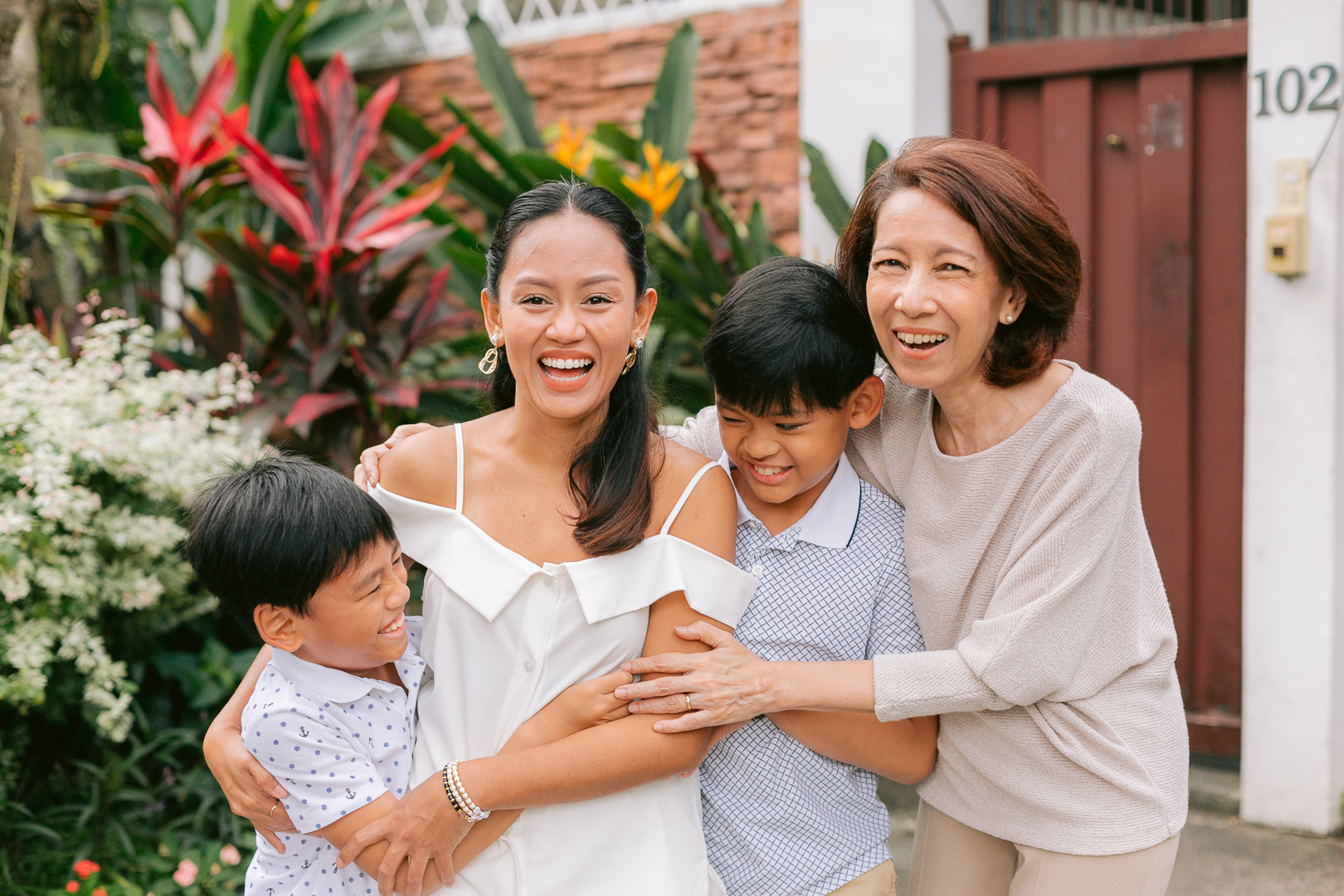 Melissa and Carissa Moran share a strong mother-daughter bond established in love and strengthened by gratitude. Carissa was welcomed into the Moran family as a baby and from a young age, she knew how she came to be a part of it.

Here are their reflections on motherhood, gratitude, and adoption.

Love and gratitude from the start

“Adoption is a fact of my life,” Carissa Moran says. She considers the day she was told that she was adopted a core memory, one that she cherishes and considers with gratitude. “It (adoption) was a normal thing.”

Melissa reflects on their decision to adopt: “There was no overthinking it. It was just love.”

Carissa is now a mother herself with two sons, ages 10 and 8. “Now that I’m an adult and have children, they know. I think it was my mom who told them, ‘your mommy was adopted’ and they’re the ones who are more inquisitive,” she shares. Even at a young age, Carissa’s sons have a sense of the impact that adoption has on families and generations. “They’re proud of it because they have this idea that if I wasn’t adopted then they wouldn’t be here, they wouldn’t be my sons.”

Carissa says, “I think we really have to be taught gratitude because it could have been worse, I could have ended up in a totally different setup, or there was harm involved.”

Adoption is just another way to form a family

Melissa has been with Kaisahang Buhay Foundation (KBF), a child and family welfare agency, for 25 years. She is currently a board member. Carissa’s parents first came across KBF when they adopted her.

Carissa narrates, “Because of the adoption process, she (my mom) was able to meet the executive director and the people in KBF. It’s a lifelong connection now, as my mom is part of the board and I was part of the team at some point.”

She adds, “We’ve been interconnected all my life. I’ve been attending their Christmas parties and even the adoptive families foundation get-togethers. I grew up knowing that I was adopted and it wasn’t really a big deal for me because I never really felt a difference between me and my sister in how they raised us.”

In KBF, Melissa found a strong and supportive community. “That bond of having experienced adoption at some point in our lives is something that cannot be taken away,” she says. “Adoption, after all, is another way of forming a family,” she explains.

Read: Fake News About Adoption (and other myths!)

As a mother, Melissa emphasizes, “The extent of love displayed when you worry, get angry, or get disappointed — the love and acceptance — is the same for both biological and adopted children.”

“The recurring issues (that adoptive parents face) are one: Would I really be able to love this child? Because they are not related to me. But that’s precisely what it’s meant to be. Two: How will we go through the teen years?”

“But is anyone able to say with certainty how their biological children will be? (You go) in with full commitment. It’s like getting married; you enter a lifetime commitment. Why can’t you do the same with a child?” Melissa asks.

Carissa says about her mom, “I think she has the best heart. She has the biggest heart and capacity to love. I think that’s one thing that I was able to acquire or inherit from her. We have different love languages and hers is really service. Growing up, she would make sure that things would be done. She really made sure that we had everything that we needed.”

“I grew up a daddy’s girl and I loved every moment I shared with my dad, but my mom is really my hero. She just really loved so hard on me and my sister that I never felt like I lacked anything. That’s what I would also like to apply now that I’m a mother — that my children would grow up not lacking anything because I just have so much love to share with them,” Carissa says.

Adoption is a beautiful thing

Carissa hopes to one day pay forward the blessings she has received by adopting as well. “Looking forward, in five to ten years, I would really love to go through the process and experience having that beautiful moment of taking in some beautiful baby. Whether a baby or a toddler, I really don’t mind. I have a lot of love to share,” she says.

“Being chosen is something that is so great and amazing to me, I would like to do this as well. It’s a beautiful thing.”

Watch the full Live Chat below!

As we celebrated #MentoringMoments this past month of June, we had fathers share what they have learned and experienced with present and future dads. Father and daughter Arnold and Esther Suson share their insights on the irreplaceable role of fatherhood in the lives of children and in adoption. Arnold is a licensed guidance counselor with […]

Cee and the story of her life with the De Luzuriagas began when she was 19. While she met Robby De Luzuriaga as a career mentor, Cee soon got connected to Monica, his wife, and became part of their church’s fellowship group. Time allowed them to draw closer to one another. They’d even spend […]

It's a new month and we've just opened our August

In adoption and foster care, the journey is best w

Maricel and her husband, Werner, have been license

"We decided that God had already started this for

“The days counting down to our son's homecoming

Often, when we go through a challenging time, the

Pastor BJ and Bebet Sebastian are parents to Jobie

Can you believe we’re halfway through the year?!