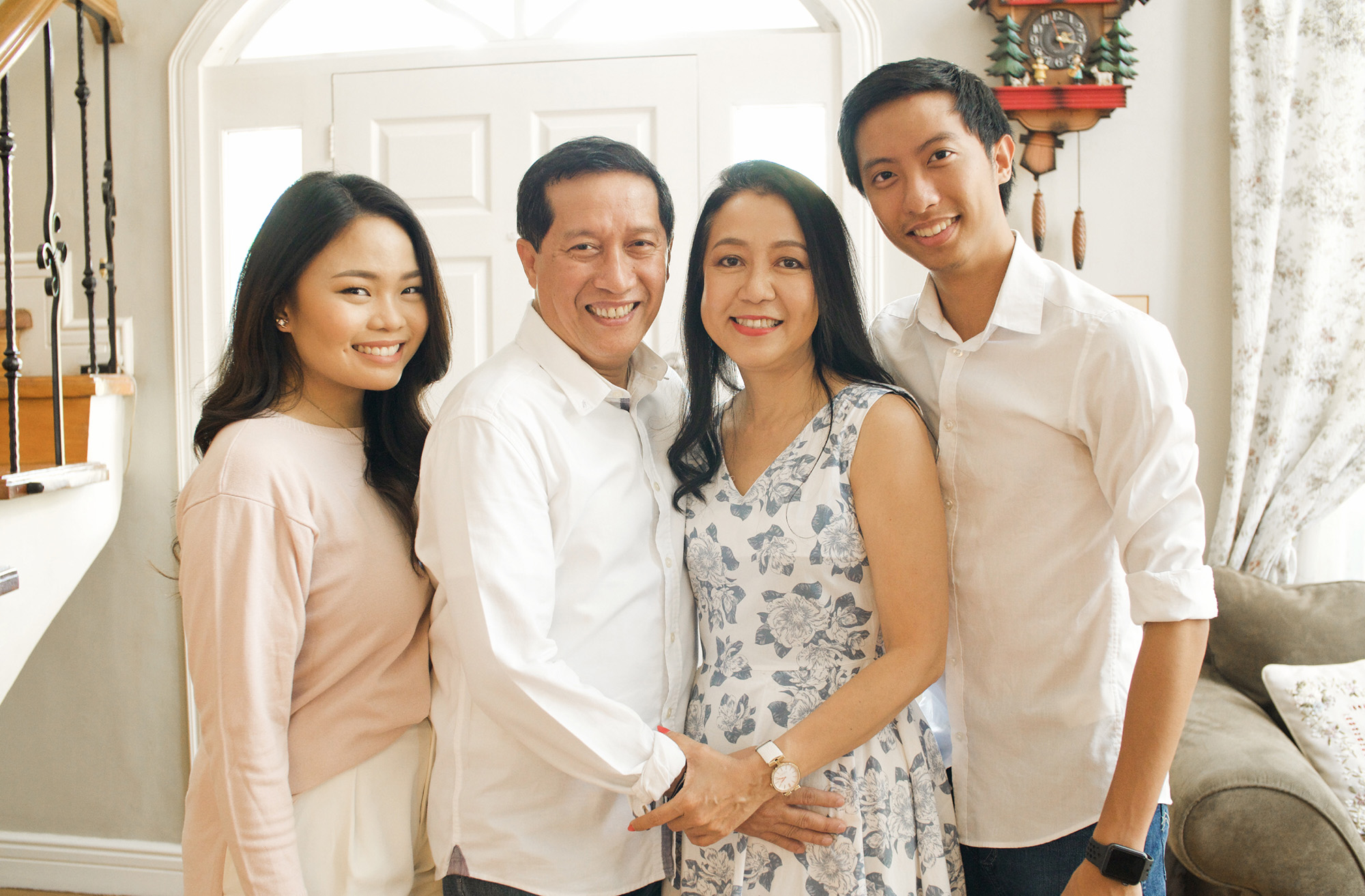 No Shame in Adoption

Rachel Escosar talks about the joy of being adopted twice.

“There has never been a time in my life when I was ashamed of being adopted. My parents secured my identity as their daughter, but primarily they first showed me to be secure in my identity as a child of God.”

Adoption is one of the most beautiful ways God shows His love to us. He reminds us of our identity, telling us that we are His own. Through the love of her parents, Rachel knew who God was and ultimately, knew who she was herself–a daughter; never abandoned.

This is the true story of Rachel. She was welcomed home into the family of Jun and Gigi Escosar in June 1995 and has lived 23 years in her loving home. She is also a sister to her loving brother, JD. Rachel is a graduate of Business Marketing in MINT College and is now an advocate for adoption. She loves to serve the Lord and the church. Rachel’s parents explained to her that she grew in a different womb but it doesn’t make anything different. She is their child because they chose her. Her parents would always tell her “You were meant for us. You’re our child.”

“I was proud of it. When they told me ‘Oh you’re adopted’, I was like ‘What? That’s so cool!’ I remember telling my classmates about it. The whole time I was growing up, I have never been ashamed that I’m adopted,” she says.

Rachel’s family was not particularly vocal about her adoption because adoption was an unpopular idea. She understands that her family was being sensitive to her. But unlike her parents, Rachel is loud and proud about her unique story.

“I was never teased about my adoption because they can’t really tease you if you’re not ashamed of it. I realized from the very start, God already had a purpose for me. I could’ve been aborted or I could’ve ended up somewhere else. I saw God’s faithfulness. Even if I was an outcome of a mistake, I myself am not  a mistake,” Rachel says.

Out of curiosity, Rachel often asked herself her birth mom’s reason for giving her up, or if her birth parents knew what she looked like. Sometimes she would have moments of insecurity asking  “Why didn’t my parents notice me today?” But she never let these questions get to her. She knows that the enemy always tries to twist what the Lord meant for good.

“I just felt so whole,” Rachel says, “I have never felt the need to describe my parents as my ‘adoptive parents’. They are simply ‘my parents’. Probably because they never treated me like I was any different, or that I had to behave differently towards them. This is my mom, this is my dad. Period.” Rachel adds, “There was just no difference between how they treated me and their biological son, my brother. I can’t explain the difference because there is none .” ”Ampon ka lang” is a line often heard in Filipino movies and television shows and Rachel never understood why these lines are always negatively portrayed in the media. “It degrades. The media portrays it as if we are of lesser value. We’re the same. We’re just obtained differently. Biological kids are the same… like a cesarean section and normal delivery. We don’t talk about how we came into the world.”

Rachel would always find herself asking “Why?” to those movie and TV scenes where the actors would react violently upon finding out they were adopted. She, on the other hand, would think that they have roofs over their heads, a family that loves them, and food for three meals a day, so why would they react that way? For Rachel, it made no sense because she knew that the life of an adopted child is a life full of love.

“My parents were the first to share the Good News to me, and I believed it because I saw so much evidence of it not just in the story of the Jesus, but because I saw a reflection of it in them too. They lived out the Gospel when they loved me and adopted me, understanding all the challenges they both had to go through just to claim me as their own. It is a constant reminder of what God did to make a way for Him to claim us as His sons and daughters,” she says. “Because of that, I can proudly and securely say that I have been adopted twice: once on earth, and forever in Jesus.”

Seeing God’s radical love in her family, Rachel tells us how her family loved her unconditionally even if she wasn’t their own flesh and blood; the same way that God loves her. Even if she wasn’t a direct descendant of God, He adopted her out of sin into His royal family.

“There has NEVER been a time in my life that I was ashamed of being adopted; my parents secured my identity as their daughter, but primarily showed me first to be secure in my identity as a child of God.”

“Everyone is adopted.” Her parents sacrificed time, effort, and a lot of things considered as valuable to obtain her as their own. In the same way, God did the same thing for us. He sent us his valuable treasure so He may obtain us in His family.

Rachel recalls, “My mom told me one time that on the day that they took me home, I would cry so much. Once a child is given up, they just know they’ve been left there and was abandoned. The first time that she carried me, I smiled. I smiled for the first time and I just knew. I was home.” My Family And Adoption

“What’s your family like?”   I pause. The question is simple, a conversation starter which should be easy enough to answer, but for me, the question sparks a sudden uncertainty. […]

Every couple’s journey to parenthood is different. For Zen and Karlo, the journey took 15 years, failed attempts at in-vitro fertilization, a direct adoption that did not materialize, and the heartbreaking loss of a child. Despite these circumstances that could have discouraged them to be parents, this couple remained patient and persevering. Through prayers and […]

As we celebrated Father’s Day this past month of June, it was the dads’ turn to share stories, lessons, and insights on adoption! We are so grateful to have had bestselling author, entrepreneur, speaker, and adoptive dad Ardy Roberto share his thoughts on #LoveIsThickerThanBlood. Together with other incredible dads, we explored the significance and impact […]

Over the past few weeks, we have gathered the pray

If you’re a family or children’s home that wou

As one of our initiatives this Orphan Sunday, we a

On the blog, our team gives a roundup of adoption

This has been one of the most eye-opening realizat

It’s a new month, and we’re excited to meet ne