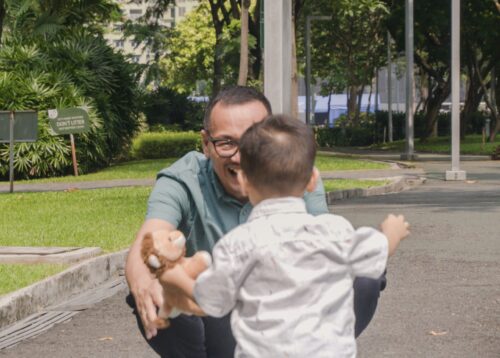 A foundling is “an infant found after its unknown parents have abandoned it.” Merriam-Webster

In the United Kingdom, a Foundling Museum stands on the site of a Foundling Hospital built in 1721. At that time, in London alone, over 1,000 children were being abandoned every year at the entrances of hospitals and churches, and on tops of rubbish heaps.

In the Philippines, according to UNICEF data, 8.2% of births go unregistered every year. Based on our population births, this means that as many as 179,000 children did not receive a birth certificate in the last year. Foundlings are included in that number.

What does a birth certificate do?

A birth certificate issued by the Philippine government grants citizenship to the person who owns it. Without a birth certificate, the person cannot easily attend school, apply for a driver’s license or a passport, or get married. None of the rights of a citizen apply to them. The state does not take responsibility for them, and they do not have any duties to the state.

Children without birth certificates are particularly vulnerable. If steps are not taken, they can easily be trafficked or enter a life of crime. No record of their existence means there is almost no way for the state to provide any kind of protection for them.

What is the challenge of foundlings in the Philippines?

The definition of “foundling” is based on a very important assumption: that the child was abandoned. For a child to be designated as a foundling, it should be proven that their parents are impossible to find or refuse to come forward.

The first responsibility of the state is to affirm the child’s basic right to grow up in their own family by reuniting them. If this proves impossible, only then can the state assume responsibility for the child.

Even then, the first step for a foundling child used to be the granting of a Foundling Certificate. This would involve a social worker’s study in which they need to prove beyond a doubt that the child’s family cannot be found. However, with this status, the child is still stateless and without protection.

The best hope for a child with a Foundling Certificate used to be the issuance of a Certificate Declaring the Child Legally Available for Adoption (CDCLAA) so that their adoptive family can process and register their new birth certificate. This may involve a whole new process. Even if the child is issued a CDCLAA, they may not be adopted, especially after they turn 5 years old.

In other words, it used to be possible for a foundling to age out of the system at 18, leaving the protection of the state, without a birth certificate. They are released without a basic document that would give them any kind of access to growth and development.

What does Republic Act No. 11767 do for foundlings?

The new “Foundling Recognition and Protection Act” was signed into law and released by the Official Gazette on May 6, 2022. Because of this law, foundlings in the Philippines or in Philippine areas of jurisdiction (embassies, consulates, and territories) are automatically granted Philippine citizenship if their biological parents cannot be found within 15 days of exhaustive searching.

Foundlings who are covered by a social worker’s case study report and other official reports will now be registered with a Certificate of Live Birth. With this birth certificate, foundlings are taken under the protection of the state with full rights and duties of citizens. They can easily go to school, apply for driver’s licenses or passports, pursue higher education, and get married. Every right of a citizen belongs to them.

Most importantly, for the children, they no longer have to wait for the foundling certificate for the adoption process to begin for them. With the birth certificate and an expedited CDCLAA, they can now be matched at a younger age, increasing their chances of adoption. Those who found the children can also apply to be foster parents, and their applications will be expedited.

What does this mean for you?

This year, the Domestic Adoption Administration and Alternative Child Care Act was passed. Now that the Implementing Rules and Regulations are in force, the adoption process has been greatly simplified. It lessens the waiting time for the children and adds to the simplicity of the adoption process. There is no better time to take action and begin your journey.

This new laws will protect foundlings; it’s our turn to give them a family.

When the church gets involved in the orphan crisis, lives are changed. Just this December, three churches opened their spaces and resources to advocate for orphaned, abandoned, and neglected children and pregnant women in crisis. Based on their events, here are some ideas that can help your church respond to the orphan crisis.   1. […]