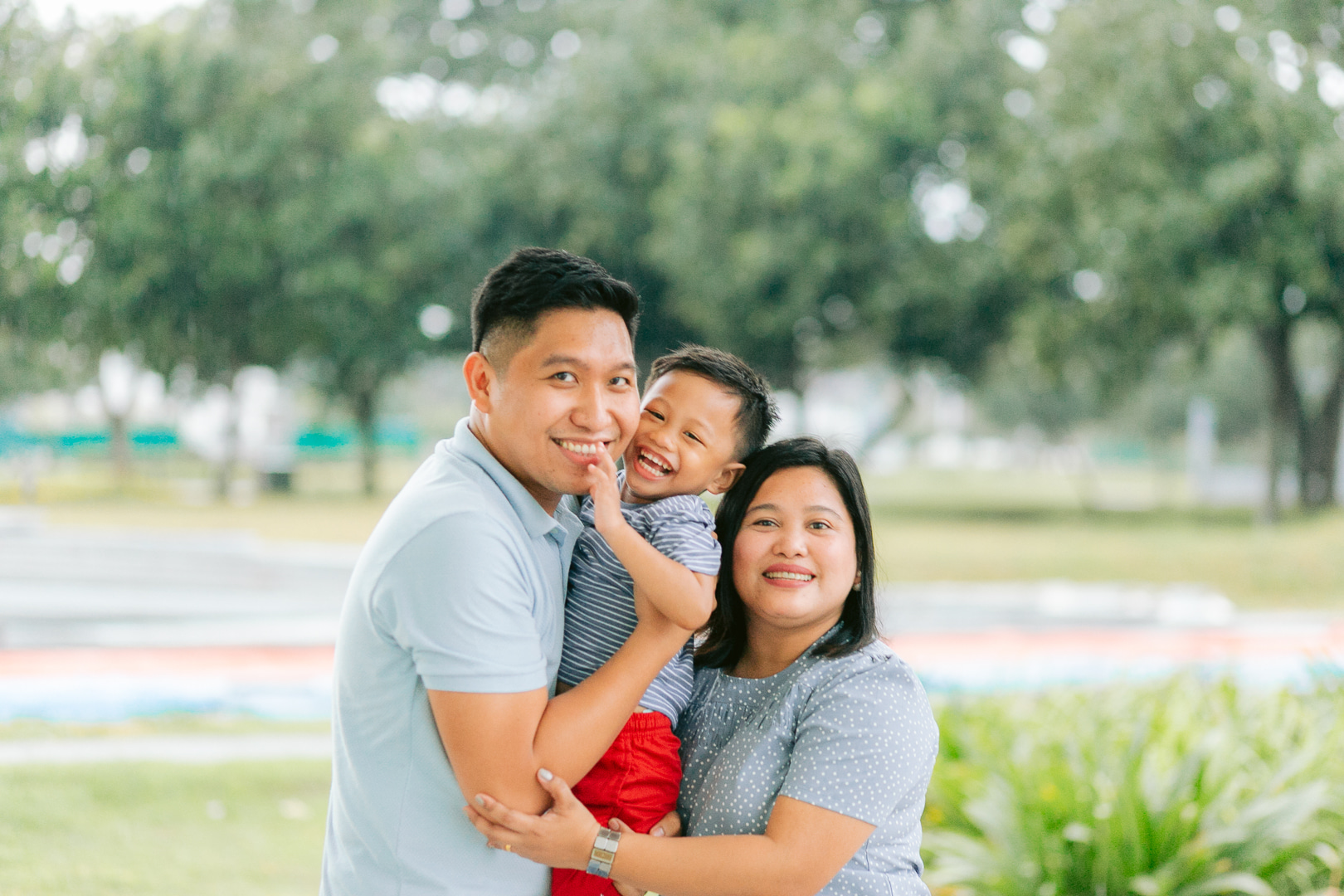 “I wish we didn’t shelve the idea of adoption for so long.” – Kristel Garingan 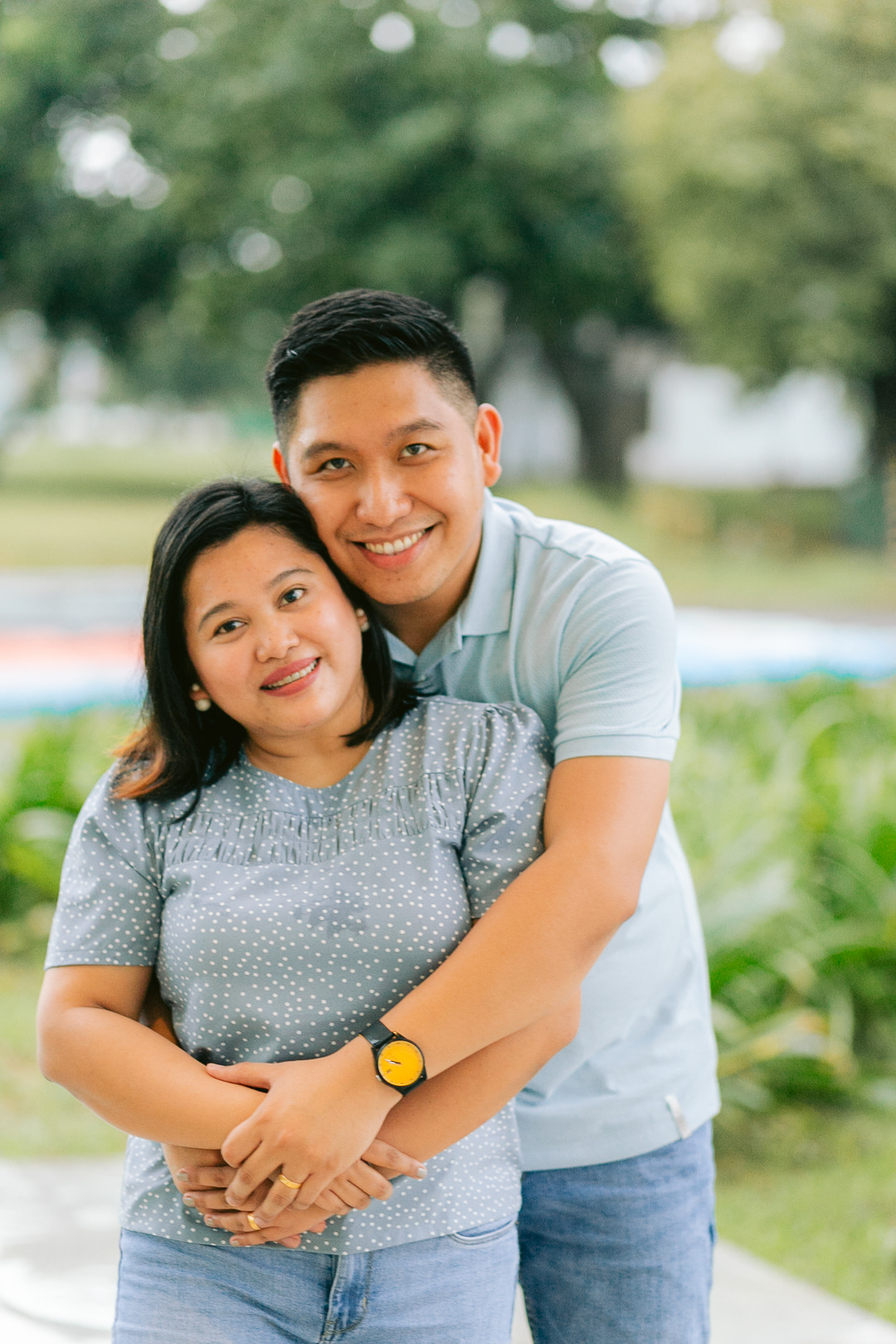 Neil and Kristel had always loved kids. Their hearts were already open to adoption when they were still single, knowing just how beautiful it was. As an engaged couple, adopting was something they knew could potentially be part of their future.

But before adoption fully materialized in their lives, they first tried to have biological children. After three years into their marriage, they realized it may seem challenging to conceive. Kristel said that at one point, “God impressed to me that one day, we were going to parent for a purpose.” Not fully understanding what this meant, she and Neil decided to just let God lead their family to the next step.

One day, while searching through the internet, Neil came across a post about adoption by ROHEI Foundation on Instagram. He showed it to his wife, wondering if maybe they were ready to start their own adoption journey.

Kristel hesitated at first, wondering if it was indeed the right timing. Then, the idea of ‘parenting for a purpose’ echoed in her mind. She was teaching at Sunday school when one week, she was assigned to share the story of Moses. His story resonated in her heart as she felt God ask her, “If this Egyptian princess was not a believer, and said yes to adopting this baby she had just seen, why would you say no to adopting at this time?”

That night Neil and Kristel agreed to take a leap of faith to start their adoption journey.

As they were still working as OFWs in the United Arab Emirates at the time, they contacted ROHEI Foundation to ask for guidance on how to start adopting while still living abroad.

Starting the journey from miles away 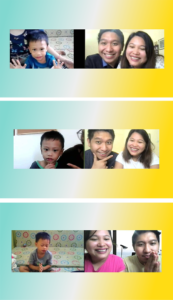 ROHEI Foundation connected Neil and Kristel to Kaisahang Buhay Foundation (KBF), a child and family welfare agency. The couple recounted their experiences of gathering papers, emailing their social worker, and attending meetings all online because they started their journey in another country and in the middle of the pandemic.

The matching process in particular was a significant memory for them.

Kristel said, “There’s waiting and there’s longing. But when we saw him, everything was worth it.”

After 6 unsuccessful matching conferences, Kristel celebrated her 36th birthday. They were discouraged as a couple about not having been matched yet despite all their prayers. The next day, however, God surprised them. Their social worker gave them a file which they immediately chose to love as their son, Toviel.

They wanted to book the next flight home right away!

However, due to travel bans and working full time jobs abroad, they remained separated from their son for a few more months. Their solution to this? Meeting Toviel through online video calls over Zoom.

With love, all things are possible

Their eagerness to finally see Toviel led them to ask their social worker and the children’s home where their son stayed if they could meet him virtually. Twice a week, their Zoom meetings together were filled with storytelling, movies, bonding, and even celebrating Toviel’s third birthday, complete with gifts and cake.

Even through a pandemic and from miles away, unconditional love for a child can make anything possible.

When they finally booked their flight one hopeful October, they endured the required quarantine period and went straight to the children’s home to meet Toviel in person. Kristel and Neil described the moment as one of overwhelming joy, excitement, but most of all, relief. Relief that finally, this child would have a home, be part of a family, and experience the embrace of two loving parents.

Toviel was 2 years and 11 months old when they were first matched.  He was already 3 – a toddler –  when Neil and Kristel brought him home.

Every day, they discover new things about him – his likes, his dislikes, his eating habits, what to do when he cries, and many other things. Though they had Toviel’s profile which included his routines and certain instructions for different situations, the adjustment period was a bumpy ride those first few weeks. “It’s fun! It’s actually really exciting, that part,” Neil said. “We were able to overcome it after a month or two of getting to know him.” 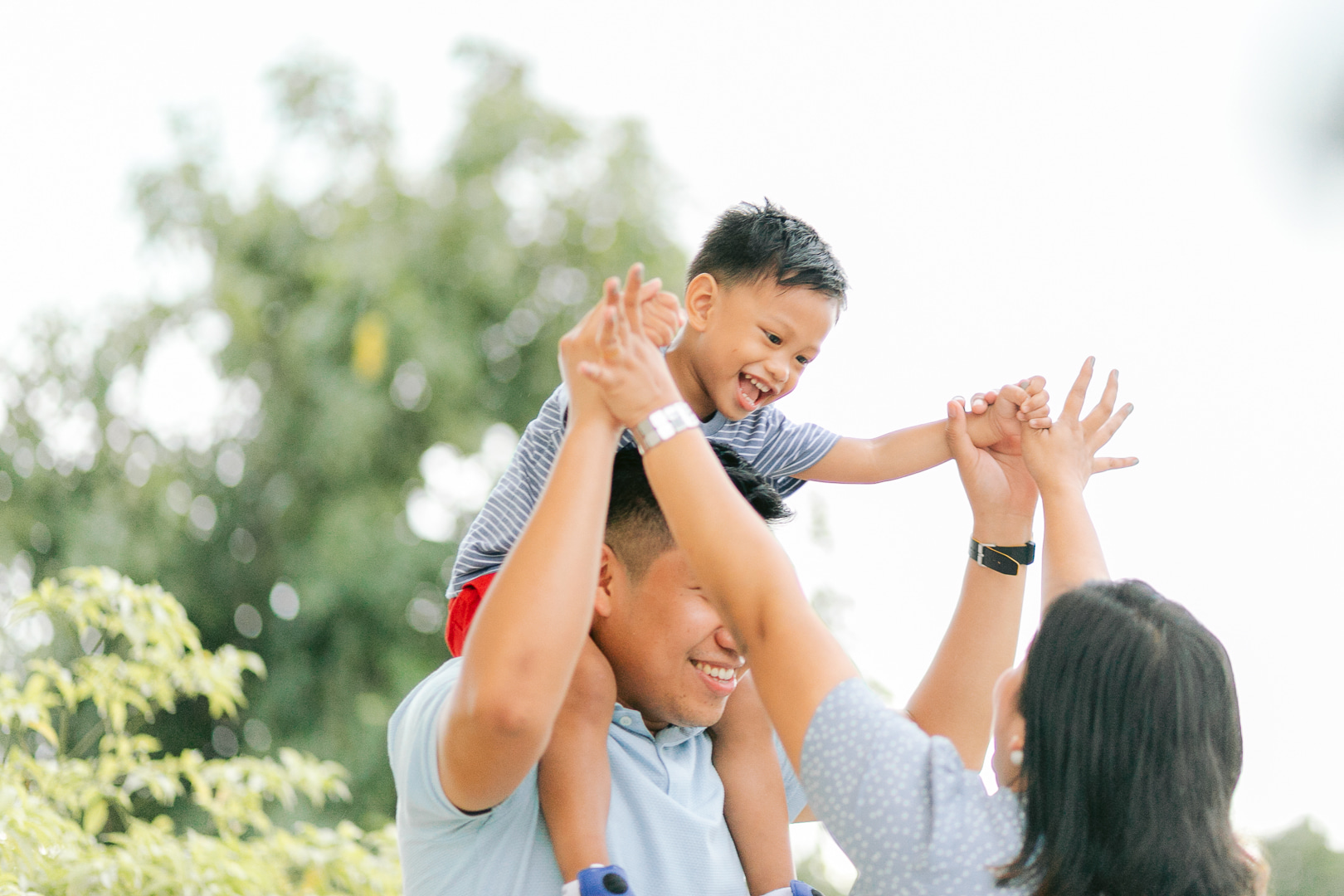 The truth about adopting

The adoption journey is all worth it. “There’s a misconception that having a legal adoption would be very difficult for some, and yes, it’s a fact that we have to comply with those documents,” Neil said. “But if you know the purpose of why you are adopting, considering that, you will really be motivated to pursue adoption. Submitting all documents in a legal way will benefit us, the parents and the child as well.”

Kristel acknowledged that there are misleading media stereotypes, but the realities of adoption can, in truth, be far different. She said, “When you portray adoption as something beautiful, people will get the notion that they can celebrate with you. We’ve seen how people celebrate Toviel, even those who have just met him.”

As they reflect on over a year since adopting their son Toviel, Kristel and Neil express how they’ve transformed. “Now, seeing how beautiful adoption is, there are times that I say, ‘I wish we said yes to adoption early on,’ seeing how God transforms a life through adoption and even the lives around it – when people get to be aware of how beautiful it is,” Kristel said.

Their advice for anyone contemplating adoption in their lives is to just say yes.

“God will walk you through it. The Lord will bring courage into your heart. Take the leap of faith because as you wait, a child is also waiting for you.” 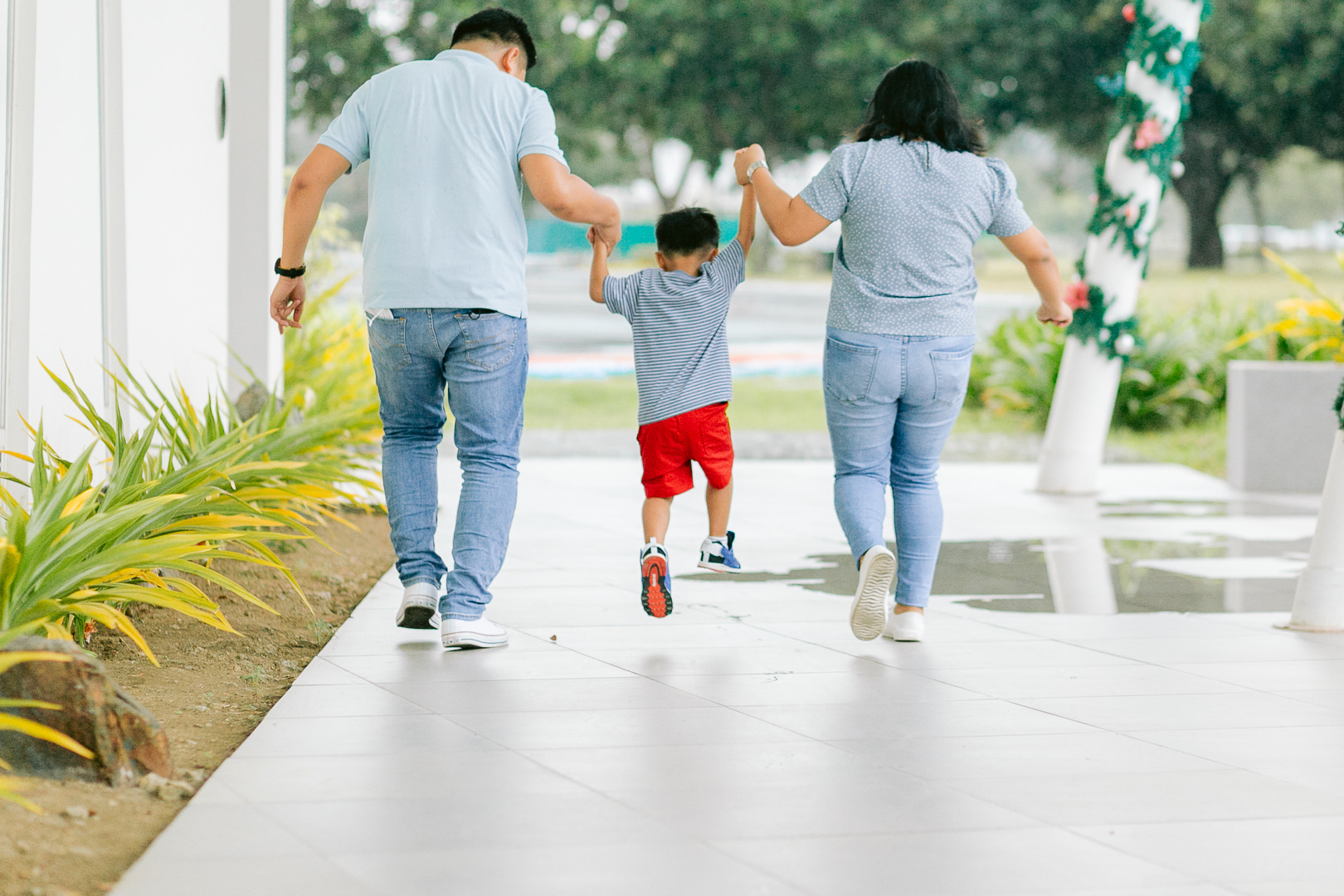 Listen to their episode of our Family is The Answer Podcast on Spotify, Google Podcasts, and Apple Podcasts.

Feliz Munarriz is an intern at ROHEI Foundation. She is a fourth year European Studies major at the Ateneo de Manila University and has contributed to projects such as the “Lights, Camera, Adoption!” campaign.

At its worst, the media creates caricatures of adoptive stories in poorly written dramas and advertisements.  That’s why media practitioners AC Nicholls, Rod Nepomuceno, and BJ Lingan remain optimistic that advocates can reclaim adoption narratives by vocalizing resistance against false myths.  For this year’s Adoption and Alternative Child Care Week Celebration with the National Authority […]

Raising a child, whether adopted or biological, ca

Thank you @smartparenting for featuring us in an a

What is the role of Child Placement Agencies (CPAs

“The commercial trade of babies has been existin

“The best time to tell a child they’re adopted

"This new law will protect foundlings; it's our tu

Do you have doubts about adoption and foster care?