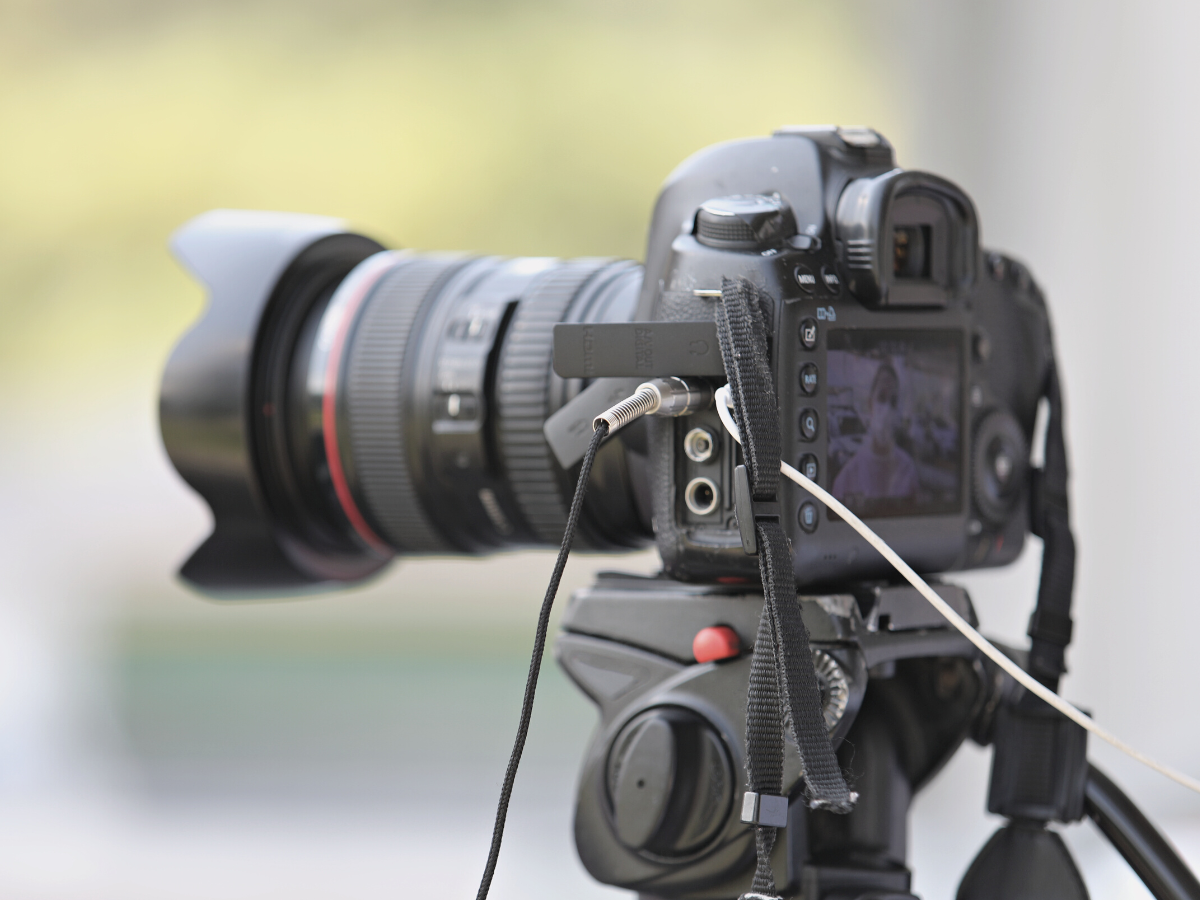 At its worst, the media creates caricatures of adoptive stories in poorly written dramas and advertisements.

For this year’s Adoption and Alternative Child Care Week Celebration with the National Authority for Child Care, they gave us brief situationers of these narratives as presented in the media, and the steps we can take to change them.

Tired of the same old stories

“Sino po dito ang nakapanood na ng teleserye show kung saan mayroong storyline na nabubully yung isang bata dahil ampon lang siya? Yung ganoong klaseng storyline or plot. Madalas na natin siyang masundan,” (Who here has watched a “teleserye” show where there is a storyline where a child is bullied because he or she is adopted? Those kinds of storylines or plots are the ones we are often familiar with) says AC Nicholls.

As a multimedia reporter for CNN Philippines, AC has immersed herself in the realities of adoption and its stakeholders. She strongly believes that entertainment media must improve its exaggerated and unflattering depiction of adopted children.

“Adopted kids are also often portrayed as strange, unusual, with tempers, or aggressive attitudes which are then linked to their status as adopted children,” she says.

These comments rang true for Atty. Rod Nepomuceno, who is both a media anchor and an adoptive father himself.

Rod shared his encounter with the controversial advertisement from RC Cola, which featured a story of an adopted boy as what may be interpreted as the subject of ridicule. The ad enraged audiences within the adoptive community, with many turning to social media to condemn the ad for making a mockery of orphaned children.

READ: How To Reflect On The RC Cola Ad – ROHEI Foundation

“When this commercial came out, I was really defensive. I was really, very, livid entirely. Yet a perfect example of using advertising money to perpetuate a continuing bias against adoption.”

As the former head writer of several teleseryes for ABS-CBN, BJ Lingan has seen these tropes far too often, stating that the oppression of adoptive characters is used to make their personality more sympathetic.

“Even the stigmas that [were] attached to adoption come from this. The surrounding community of the adoptive child becomes a source of oppression. So it’s you who creates sympathy for that hero. So that’s a narrative. That’s an archetype.”

Does the media influence society,

While Rod stands by his criticisms against the advertising industry, he still believes that the media isn’t solely to blame for the stigma around adoption. For him, adoption stories like the RC Cola commercial were rooted in the unfortunate reality that society already viewed adoption in a negative light.

“My take on it is that we shouldn’t be blaming [the] media for our biases. And [the] media just hastily reflects what is the sentiment of the general public. Right?” – Atty. Rod Nepomuceno

He has come up with several theories about why adoption gets a bad rap: among them are hasty judgments on a couple’s infertility, to the adoptees’ insecurities about their own identities.

Rod shares how more often than not, adoptive couples receive unwarranted comments about their reproductive life and fertility. He even describes these misguided comments as ‘subtle jabs’ from close friends and family members.

He also explains how adoptees may struggle with self-esteem as they grieve the loss of their birth families. Rod shares how his wife, Teemy Nepomuceno, has struggled with feelings of belongingness with her adoptive family.

“My wife Teemy was adopted. She was adopted by her auntie. And yet, [she] felt that feeling. Even if she was technically a cousin of her adoptive siblings, she felt different,” he says.

Because of the stigma surrounding adoption, there have been attempts by friends and family to hide the adoptive roots of the children, which although well-intended, leads to more shame down the road.

“How the media portrays adoption as a story becomes a litmus test for us. Where our conversations are. Where our education is.” – BJ Lingan

BJ shares the same perspective. The writer lays down three typical archetypes that Filipino dramas often pattern themselves after, stories that show adoption as either a form of oppression, a hero’s journey, or a path to darkness.

He starts with explaining how fairy tales often use adoption as oppression.

“We have an adoptive child who is oppressed by the family. Which is Sleeping Beauty, or maybe Cinderella to a degree. The adoptive family is the one that derails the true identity or the true destiny of your hero,” he says.  This archetype implies that the hero has an emotional lack that must be addressed. Oftentimes, these stories conclude with the child satisfying this lack by being reunited with the people the child loves the most.

“What is a way for me to leave this kind of oppressive life? But what you’re really paying attention to is the need. What is the emotional need of the character? Which is to be loved, and that is manifested by the real family that that character belongs to,” he adds.

Much like the adoption as an oppression archetype, the hero’s journey focuses on the adopted child’s search for their true calling. They fulfill their true potential by setting out on adventures outside of their usual routines.

“When you’re separated from your real family, there’s something that’s lacking. Even if there’s not any. But there’s a need to find meaning and purpose. That’s the hero’s journey,” he says. BJ mentions that the hero’s journey is frequently found in superhero stories such as the Superman franchise, or even biblical characters like Moses.  “What compels him into action is [that] his adoptive family or community is threatened. That becomes something that he needs to fight for. And as he goes on the journey, he meets new people, [he] finds his true identity,” he notes.

Unfortunately, some stories can also vilify adopted characters. BJ describes the adoption as a path to darkness archetype as a narrative often used for villains or anti-heroes such as Anakin Skywalker from the Star Wars series. These characters often act upon feelings of grief, or are driven by a thirst for power.

“The adoptive family becomes oppressive, or the situation that he’s in. He wants to avenge [himself] because there has been an injustice done. So the need is still the same, it’s to be loved. It’s a longing, diba? So if he were in his real family, he wouldn’t go through this path of darkness. That’s an irony.”

In contrast to entertainment media, news media stories often struggle to stand out against hundreds of articles churned out by reporters everyday. For AC, stories of adoption were smaller topics that struggled to grab readers’ attention.

“Unfortunately, I was also telling USEC Glenda [Relova] kanina, that this topic doesn’t really get too much coverage.”

The new Domestic Administrative Adoption and Alternative Child Care Act was a huge leap for the adoptive community. As impactful as this new law is in simplifying legal adoption processes, the approval of the measure was not given sufficient media mileage.

READ: Can Adoption Really Be This Simple? – ROHEI Foundation

Sharing the truth about adoption

“Adoption as a topic, is maybe not as well developed in terms of conversations. But as a topic, it’s very relatable,” BJ says.

He describes how the RC Cola ad captured adoption stories frequently seen in the 90s. Back then, adoption was considered as quite the taboo, which may come as a surprise to younger audiences. However as of today, BJ has noticed how the accessibility of digital and social media in the information age has developed younger audiences’ preferences for stories.

AC believes that positive stories on adoption should be given the opportunity to take centerstage.

“We need to use various media platforms to push the idea that there is more than one way to become a parent and you can absolutely love an adopted child like they are your own.” – AC Nicholls

True enough, any advocate will attest to the fact that each family’s adoption story is undoubtedly unique.

For instance, Rod isn’t ashamed to talk about his family on Facebook. Because of his openness to share stories, his friends and family start discussions with him about adoption. He serves as a trusted acquaintance who encourages dialogues and answers their pressing questions without judgment.

He encourages his audiences to ‘fight back’ against misconceptions and to ‘spread the beautiful truth about adoption’ by sharing positive stories. Advocates can be the next face of adoption by using their own platforms to counter the shame surrounding adoption.

Jem Torrecampo and Shaira Sumagui are both incoming 4th year college students taking up Broadcast Media Arts and Studies at the College of Mass Communication at the University of the Philippines, Diliman. They are both working as interns at the ROHEI Foundation.

Media has always been a tool for amplifying stories. Given this, it can also be used as an instrument to establish stereotypes that can ultimately affect how people view and associate narratives in real life. Adoption, for example, is one of the stories that can be misrepresented in the media. As a result, there have […]

I’ve been asking all the wrong questions about preparing to be a parent. I moved to the province last February, as it is more financially reasonable to be an “expectant” single adoptive mother in the province. House rent and utilities are considerably cheaper, and so are meat and vegetables. Schools as well. While looking for […]

Comedy is serious business! Laughter can help us see the brighter side of life when things get rough. So then, what happens when humor — something that relieves stress and brings people together — is used to discriminate against those who may already be bullied by society? Let’s face it: Adoption is shamed in the […]

Neil and Kristel Garingan share the highs and lows

In the Philippines, girls are more likely to be ad

Here’s a recap of our booth at Victory Fort Boni

Did you know OFWs can start their adoption journey

This is Family is the Answer: An Adoption and Fost